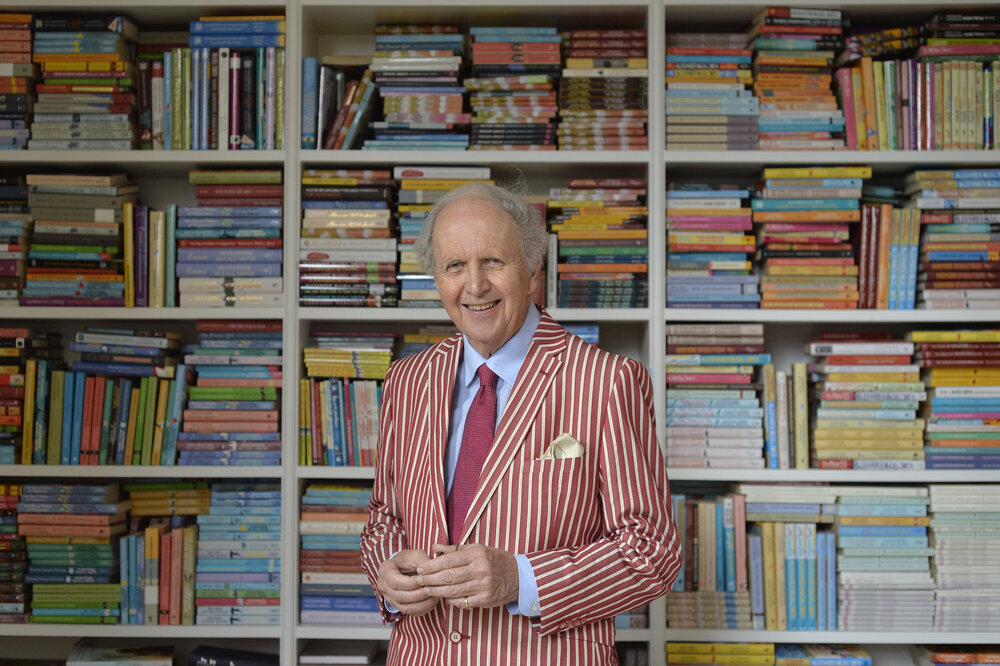 Alexander McCall Smith will be setting sail for Islay this summer after the international bestseller was confirmed as part of a stellar line-up for the whisky island’s annual book festival.

Joining him at the August 27-30 event will be broadcaster and writer Sally Magnusson, Highland historian Jim Hunter, and acclaimed poet and writer Kathleen Jamie.

Former Scottish writer of the year Jenni Fagan and award-winning local filmmaker and writer Les Wilson are also on the bill for one of Scotland’s fastest-growing literary events.

It won’t all be just book chat: Graínne Brady and band will be playing music from her two albums inspired by the novels of Irish writer Patrick MacGill while the art of verse will be represented by poetry busker Kornel Kossuth and Gaelic poet Aonghas MacNeacail.

The festival will also celebrate the life and works of Carolina Oliphant, a contemporary of Robert Burns and author of some of Scotland’s most famous songs, including “The Rowan Tree” and “Charlie is my Darling”.

Oliphant is the subject of a recent biography “The White Rose of Gask” by folk musician Freeland Barbour who will be performing alongside actress and singer-songwriter Gerda Stevenson.

After the success of last year’s Ian Rankin-headlined edition, organisers are looking forward to a 2020 festival that boosts Islay’s appeal to visitors while providing entertainment and inspiration for local book lovers and school students.

“It is not easy getting writers of this quality organised to all come to Islay at the same time, so we are delighted with the way this year’s programme has come together,” Festival chair Isla Rosser Owen said. “From history to storytelling, we’ve got something for everybody.”

McCall Smith, the creator of “The No. 1 Ladies Detective Agency” series, had one condition when he accepted his invitation to this year’s festival: somewhere to tie up the boat on which he plans to sail to Islay.

The Port Ellen pontoons have duly been been put on standby for a VIP visitor and fans of Madame Precious Ramotswe can start looking forward to being entertained by her creator, who is almost as celebrated for his gifts as a raconteur as for his prodigious writing output.

“We all know that Islay produces good whisky, but it is also a great place for a conversation,” he said. “The Islay Book Festival is an occasion to which I look forward immensely. Books and islands, for some reason, seem to be a very good mix!”

Jamie, a former winner of the T.S. Elliot Poetry Prize, has recently earned rave reviews for her non-fiction prose and will be talking about her most recent collection of essays, “Surfacing”, as well as a new anthology of writing about Scotland’s natural environment, “Antlers of Water”, which she is editing.

The festival walk will continue the theme with a geological hike looking at what’s beneath Islay’s surface.

Fagan, one of a number of authors who will be talking to students at the High School, will be presenting her third novel “Luckenbooth” and a forthcoming work about the North Berwick witch trials.

Primary school and early years children can look forward to storytelling and puppetry from Ailie Finlay and to visits from illustrator Kate Leiper.

“Meeting an author and hearing them talk about their books and their work is inspirational,” she said. “It not only encourages children to read, it also motivates them to participate in creative writing, to want to have a go themselves. These visits really raise the profile of reading within the school community.’

After winning the Saltire Society’s Scottish History Book of the Year award for “The Drowned and the Saved”, his account of Islay’s World War I shipping disasters, Les Wilson has turned his attention to Scotland’s role in the tea trade and will be presenting his new work “Putting the Tea in Britain.”

Jim Hunter, Emeritus Professor of History at the University of the Highlands and Islands, is the author of a string of books on the region’s history. He will be talking about his latest, “Insurrection, Scotland’s Famine Winter”, which chronicles the little-studied civil strife that erupted in response to the chronic food shortages caused by potato blight in the 1840s.

“I know Islay well from my days with the Scottish Crofters Union, so I’m delighted to be coming back,” Hunter said.

Magnusson, best known as a presenter of Reporting Scotland, will be talking about her new novel, “The Ninth Child”.

Malcolm Alexander is to discuss his memoir about life as an Orkney doctor, which has been a big hit with customers of Islay’s independent bookstore, the Celtic House in Bowmore.