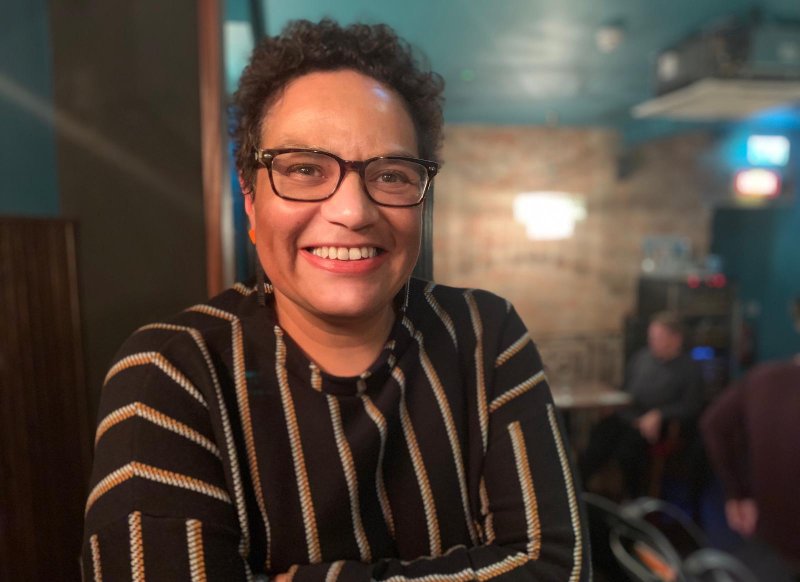 In her final year as Makar, Scotland’s poet laureate Jackie Kay opens our festival with some reflections on the principal themes for this year’s events: making new connections and renewing existing ones. With a dose of wisdom and humour, and a couple of poems, Jackie shares her musings on the lockdown, a period which has seen an explosion of online cultural engagement as well as movement for social change.

Poet and novelist Jackie Kay is the third modern Scots Makar, or national poet of Scotland. A favourite of our 2019 festival, Jackie’s poetry, which deals candidly with issues of identity, race, nationality, gender and sexuality, has won multiple awards and she also writes extensively for the stage. Born in Edinburgh, in 1961, to a Scottish mother and a Nigerian father, Jackie was adopted as a baby by a white Scottish couple and grew up in Bishopbriggs, a suburb of Glasgow. Jackie’s memoir, Red Dust Road, is an account of her search for her biological parents, who had met each other when her father was a student at Aberdeen University and her mother was a nurse. The book was recently adapted for the stage by Tanika Gupta and premiered at the Edinburgh International Festival last year. Jackie now lives in Manchester and is Professor of Creative Writing at Newcastle University. She was awarded an MBE in 2006 and then a CBE in 2020, both for services to literature. In 2014 she was appointed Chancellor of the University of Salford, where she has been the University ‘Writer in Residence’ since 2015.