The Inspiration Behind His Stories 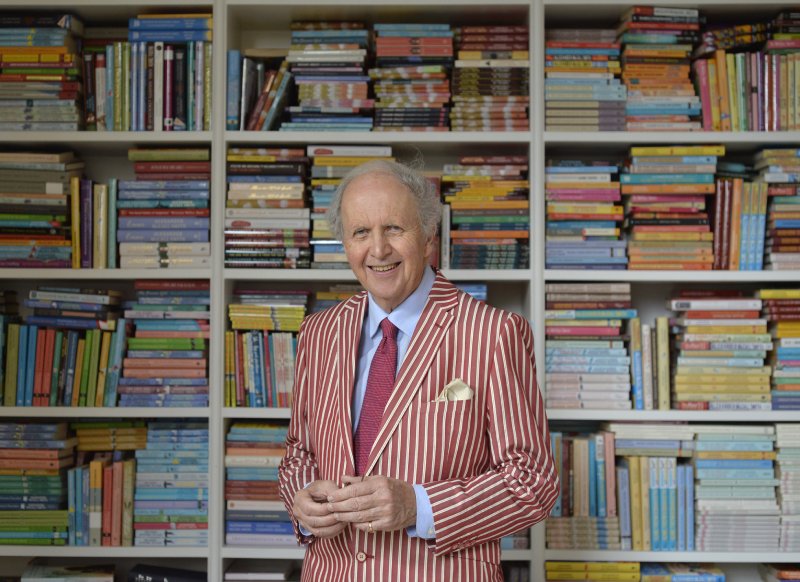 Master storyteller and sailing enthusiast Alexander McCall Smith talks to us about the inspirations behind his writing and his popular cast of characters. The internationally bestselling creator of the No. 1 Ladies’ Detective Agency and 44 Scotland Street also introduces his new book, Tiny Tales, teeny short stories produced in collaboration with his illustrator and friend, Iain McIntosh.

This event starts at 7:30pm on Thursday 27th August. To watch the event please register in advance. Most of our events are arranged through EventBrite and you will receive a reminder email with a link to the event before it goes live.

We are paying all of our contributors, so although the events are free we do still have costs. If you would like to help us to cover those costs, there will be an option to give a donation when you register. All donations, however small, are very gratefully received and will support our authors and our festival during a difficult time.

Alexander McCall Smith, one of the world’s most prolific and best-loved authors, who wrote the highly successful No. 1 Ladies’ Detective Agency series, has sold over 25 million copies. His books are translated in over 46 languages and have become bestsellers throughout the world. These include the 44 Scotland Street novels, first published as a serial novel in the Scotsman, the Isabel Dalhousie novels, the Von Igelfeld series and the Corduroy Mansions novels. Recently Alexander has written a new children’s series – The School Ship Tobermory – the first of which was published in 2015, with the second, The Sands of Shark Island, published in September 2016, increasing the number of children’s books he has written to more than 30. He has received numerous awards for his writing and holds 12 honorary doctorates from universities in Europe and North America. In 2007 he received a CBE for services to literature and in 2011 was honoured by the President of Botswana for services through literature to the country. alexandermccallsmith.co.uk